So as some of you may know, I purchased Moby's 1998 Daihatsu Mira Avanzato R4 back in May and I couldn't be happier with it. Looks like it's had quite a history on this site, being owned by Law85, Fastdar, Moby and now me. It's the one that Pistonheads did a little article on, as seen here. I've been doing little bits and bobs to it, and finally decided that it deserved it's own build thread. Progress is slow but steady, little additions/changes being made here and there. I guess it'll be nice to have somewhere to document everything as well.

How I came to own the car

In September 2013, I went on a little trip abroad to Belgium and Holland to visit some theme parks with some friends (another hobby of mine). Two cars full of people, driving from the middle of England to mainland Europe. One car being a Chrysler PT Cruiser, and the car I was travelling in, my friend's Daihatsu Cuore L701.

I was quite interested in my friend's L701 Cuore right from the off. Hadn't really noticed them in the past, but it just seemed to be a simple, honest piece of Japanese engineering. Made it all the way through France, Belgium and Holland with no issues. But on the way back, this happened: 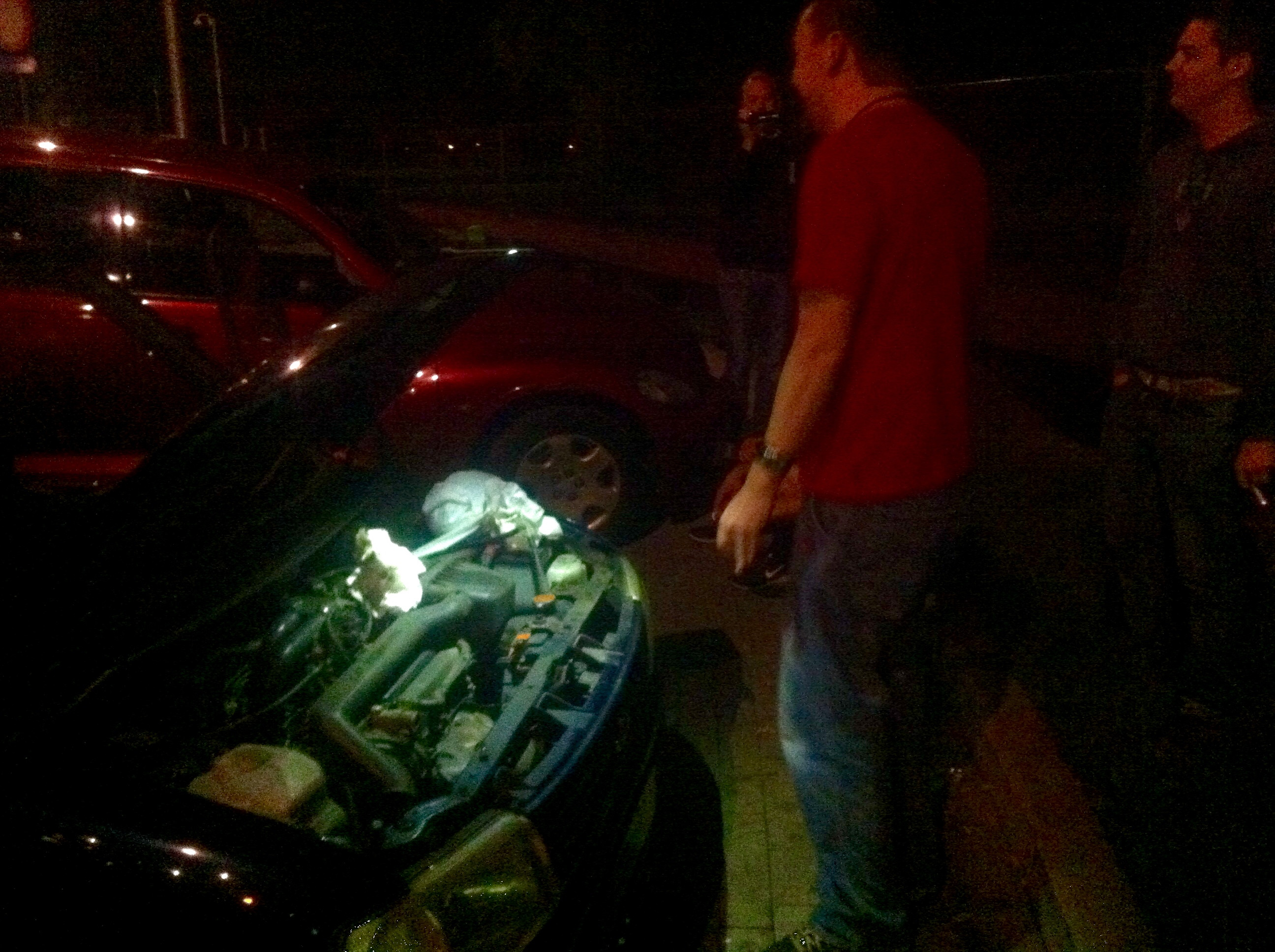 And again, somewhere in France. All of us wearing our customary high visibility jackets with the warning triangle on display to comply with French driving laws, haha! 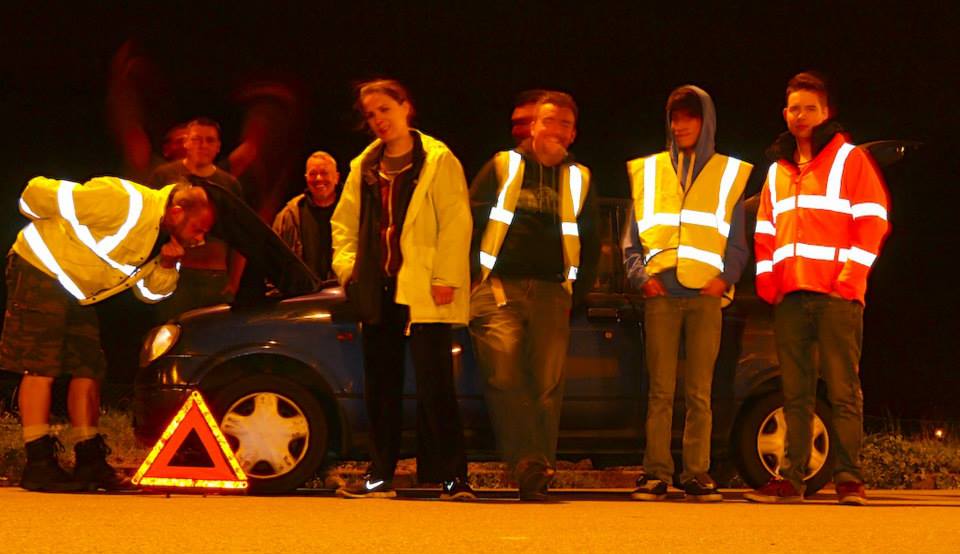 Basically, some sort of gasket failure where the car decided it wanted to drip out oil all over the place. Got us home in the end though, after buying some more oil and topping it up as we went, although we did miss our Eurotunnel train and had to wait several hours for the next one.

Once I got home, I did a bit of research on the car, and became very interested in the L710, 660cc turbo 4WD Japanese version, and set about looking to import one. Found this site and posted a few messages around, looking for advice on importing one. The issue was that the cost of importing one would have been right on the limit of my budget, so in the end I decided that it would be too much hassle/too expensive for that car. Besides, all of the ones that I found at auction were either pretty battered, or auto. Moby shot me a message saying he might be willing to part with his L512 Mira, and not too long after that, it ended up being mine!

Current spec of the car:

Some pictures of the work to date so far:

How she looked on the way home after collection from Moby's place. (Sat on my father's drive, since he doesn't live too far from Moby). 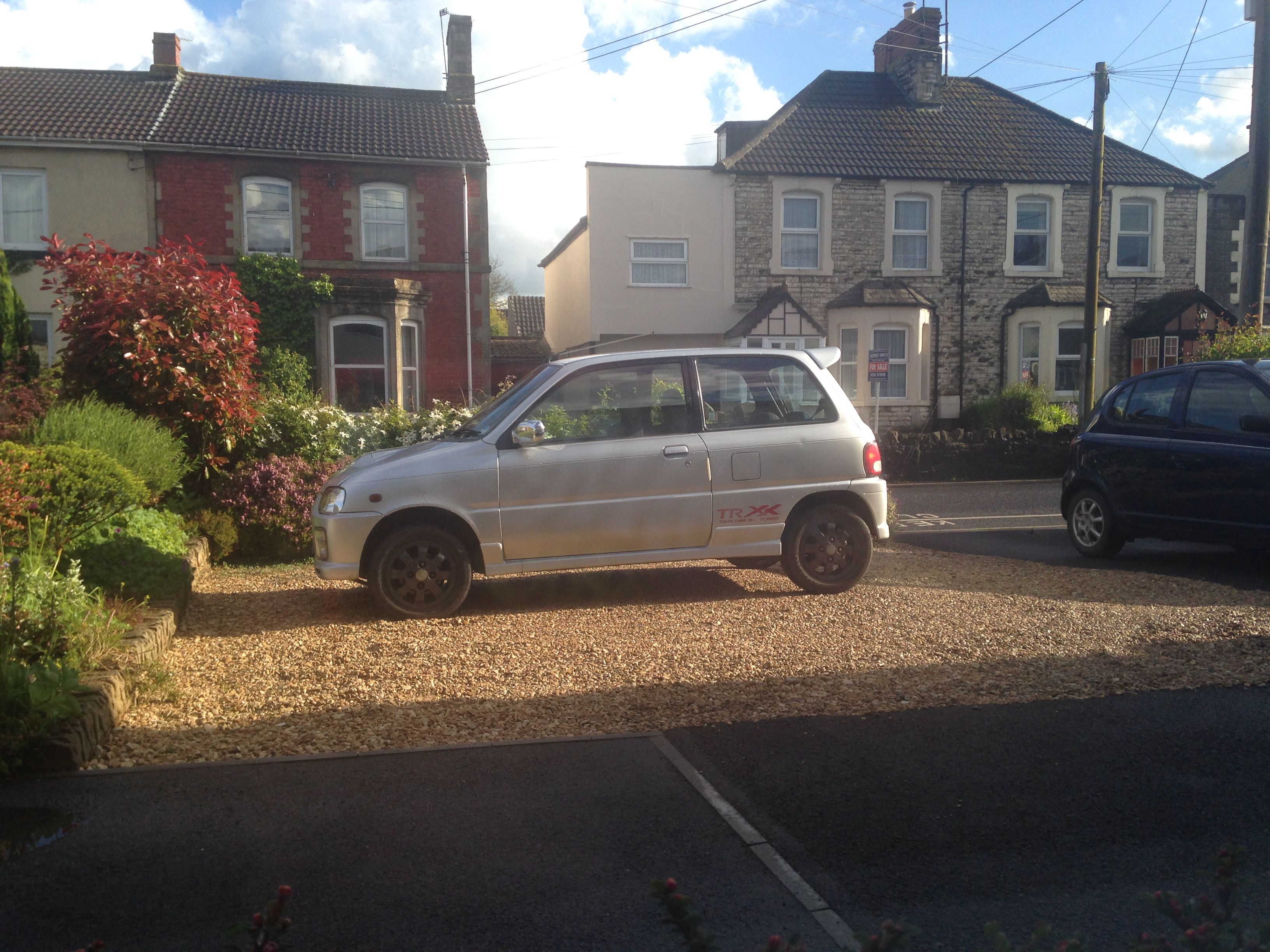 At home after a clean. 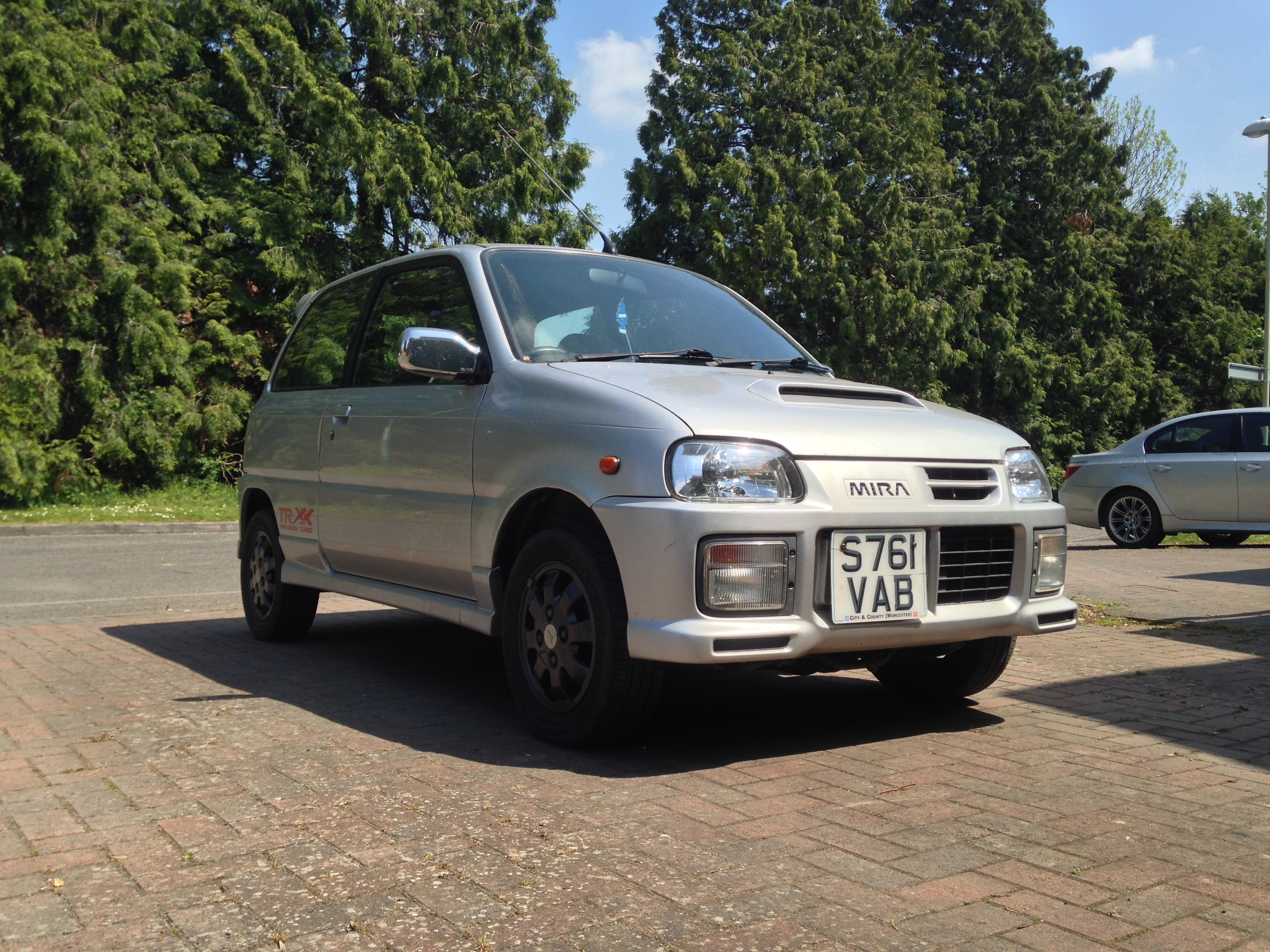 Under bonnet shot. Not too bad considering she's 16 years old. A fair bit of rust and what appears to be the remains of an oil leak. All very standard, too! 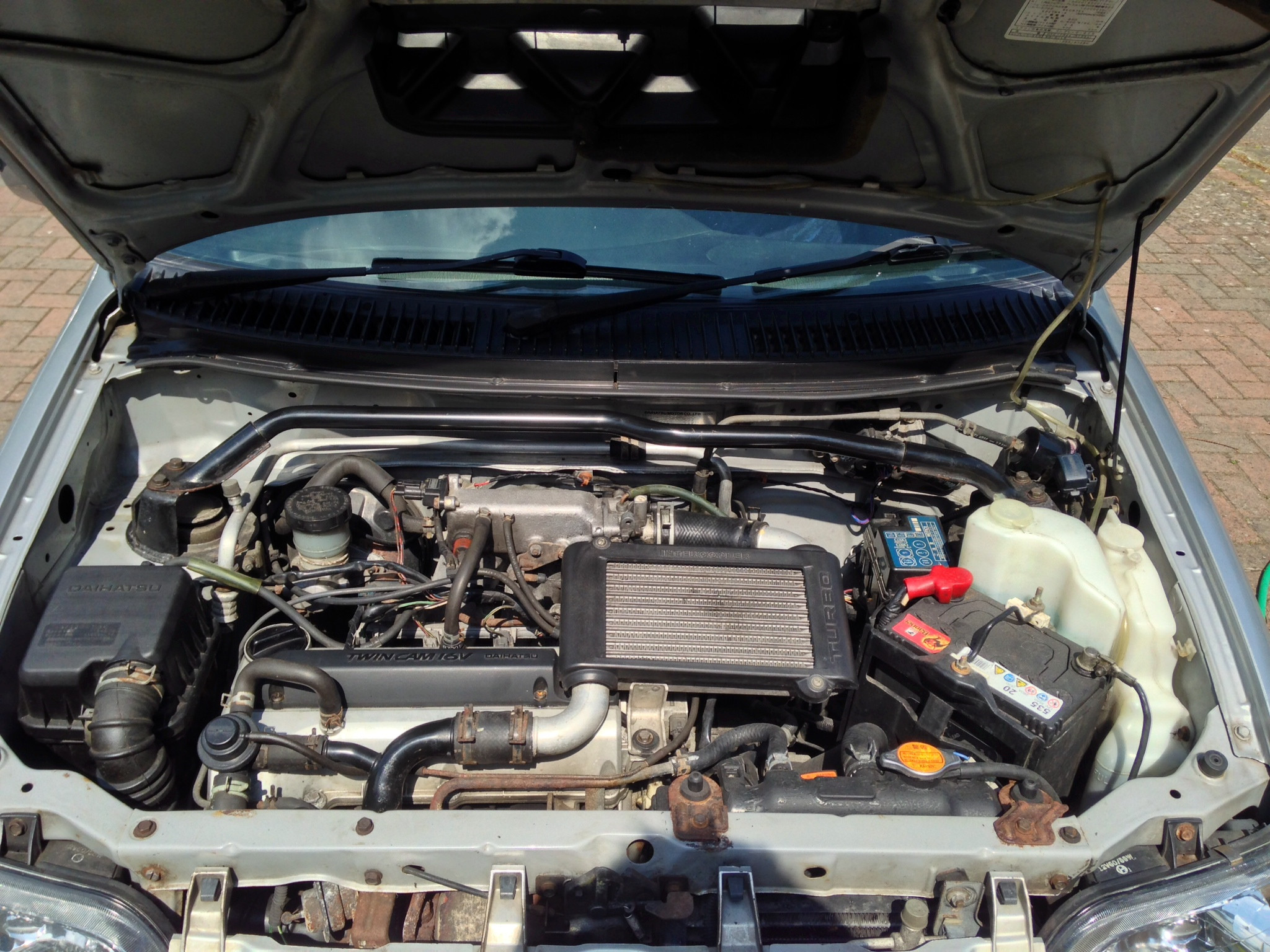 After restoring the paint and adding the wind deflectors and wiper blades. 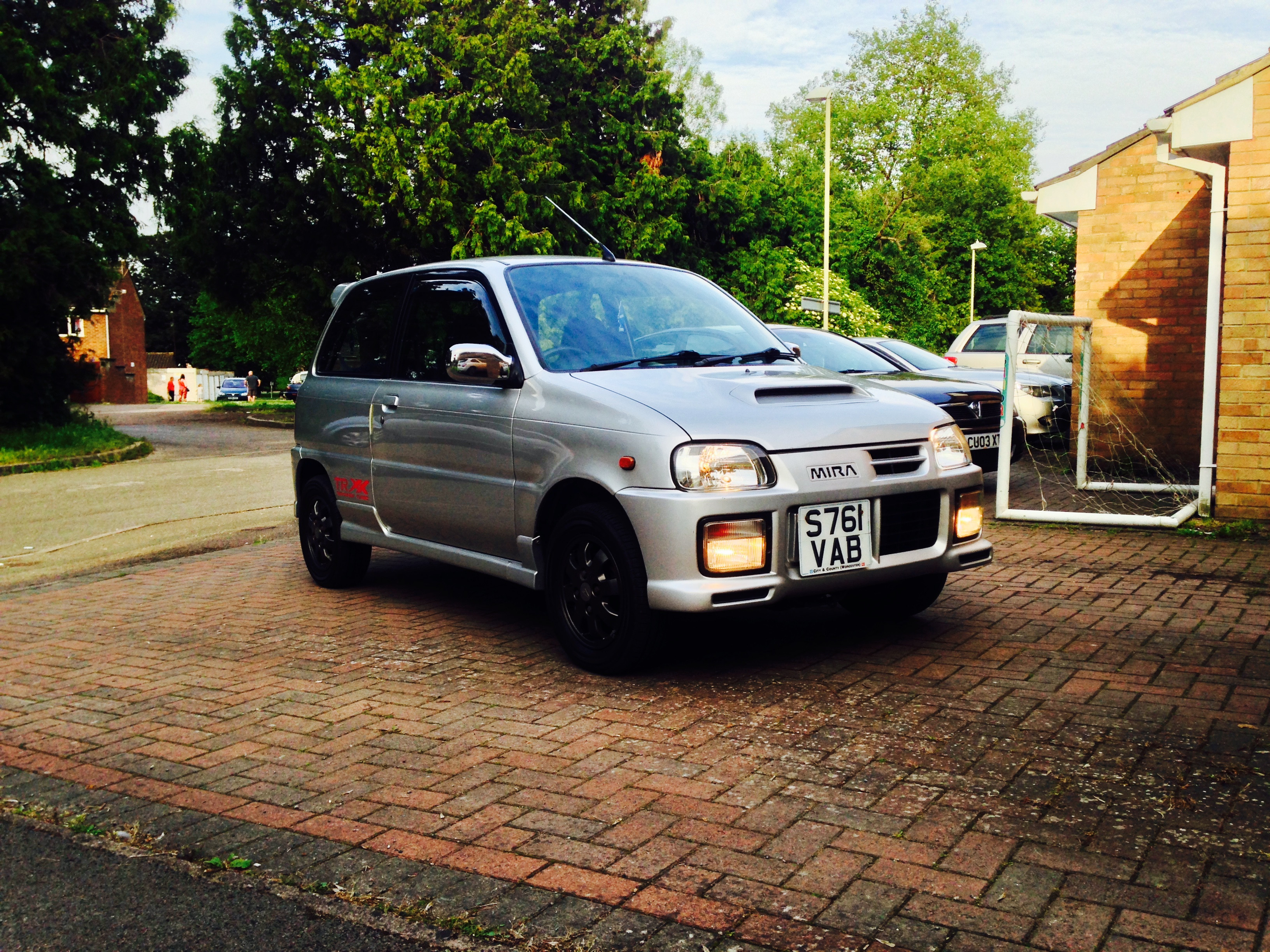 A little bit of work being carried out at a friend's garage. 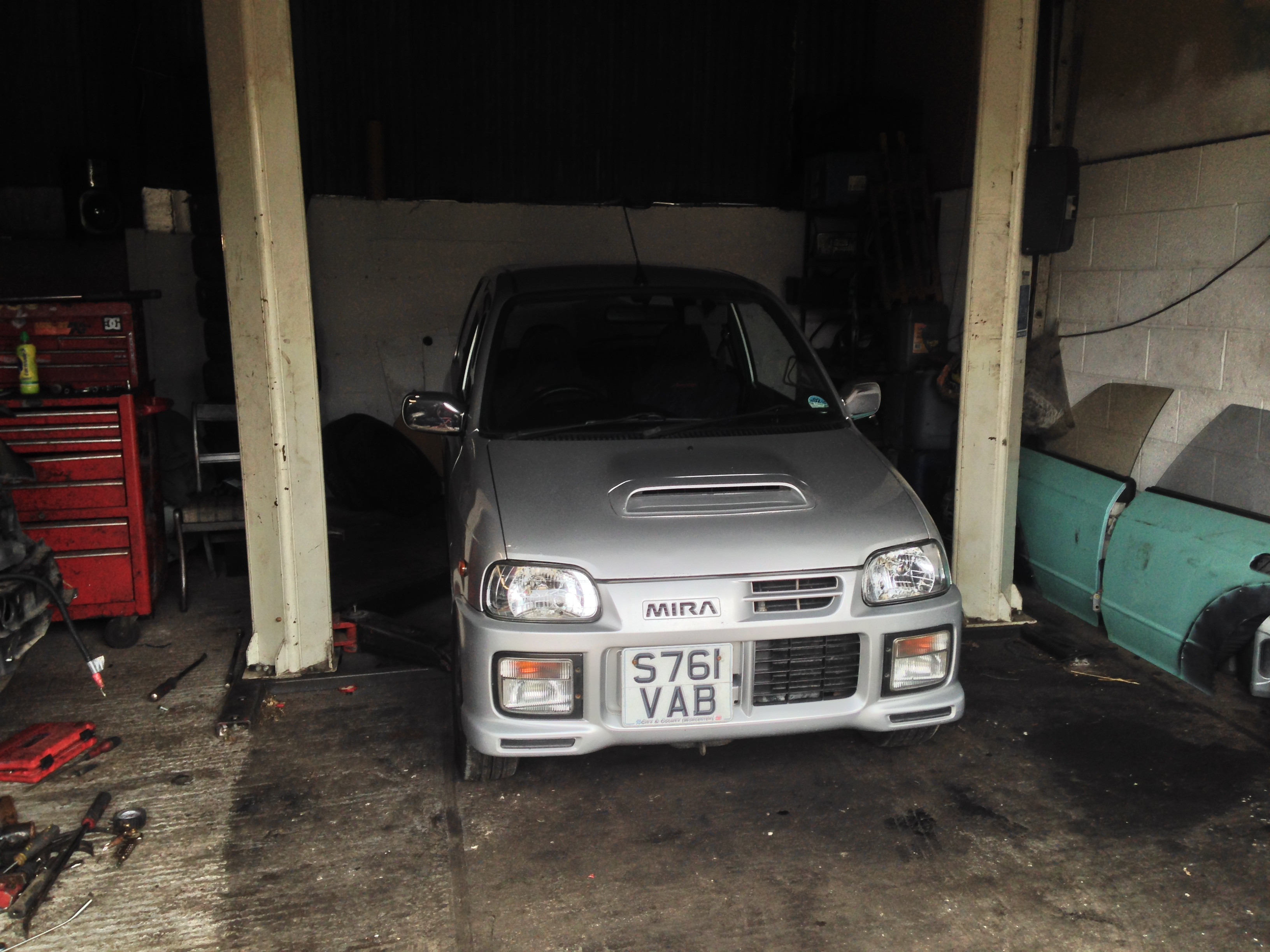 New discs and pads on. I still don't understand why they have to use this weird hub assembly. 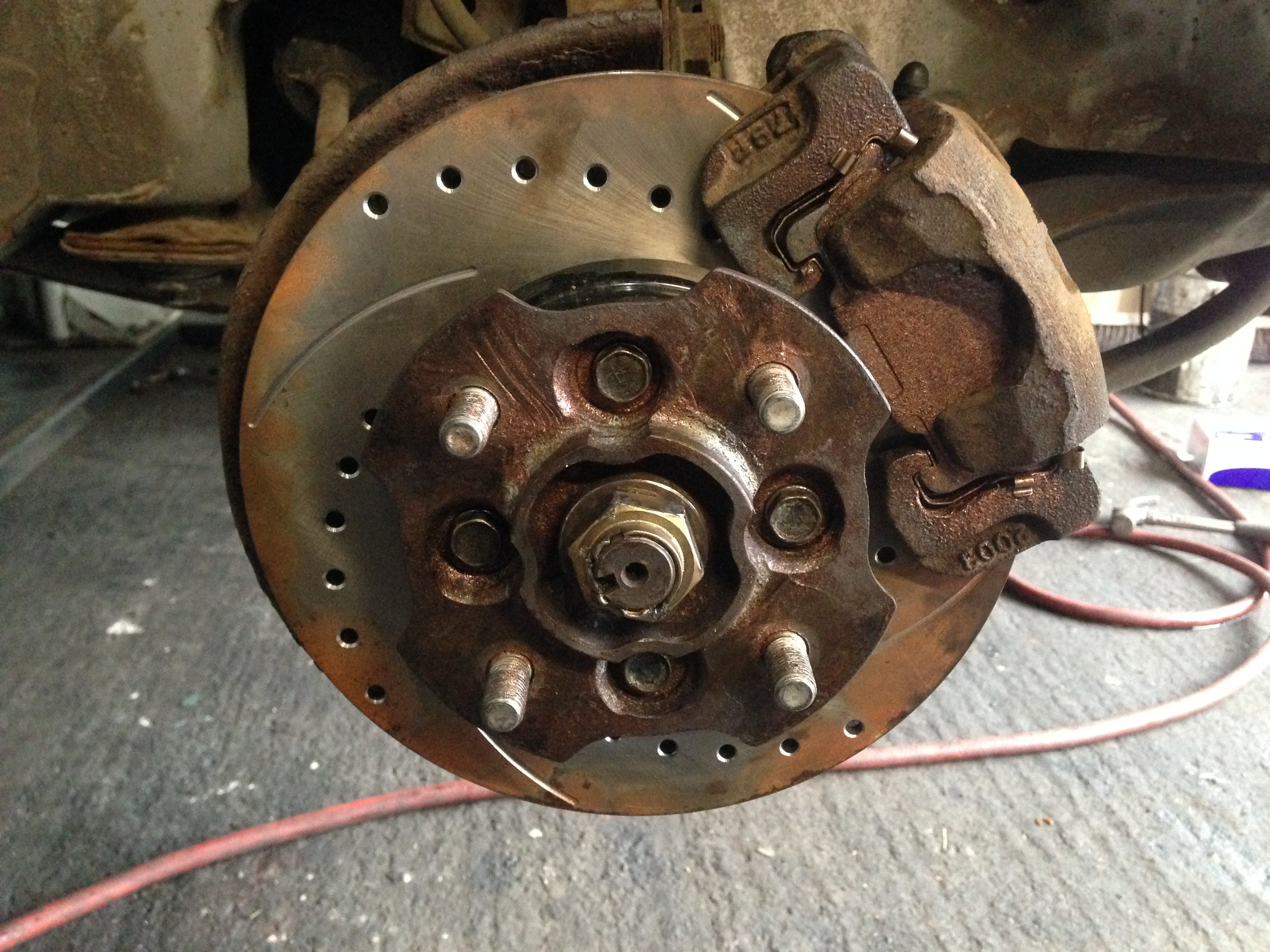 The temporary boost gauge install. Just a cheap TIM gauge. Only really placed it there to see if I had any boost leaks, before I'll install something nicer in a more permanent position later on. I'm happy to say that it holds the boost pressure perfectly! 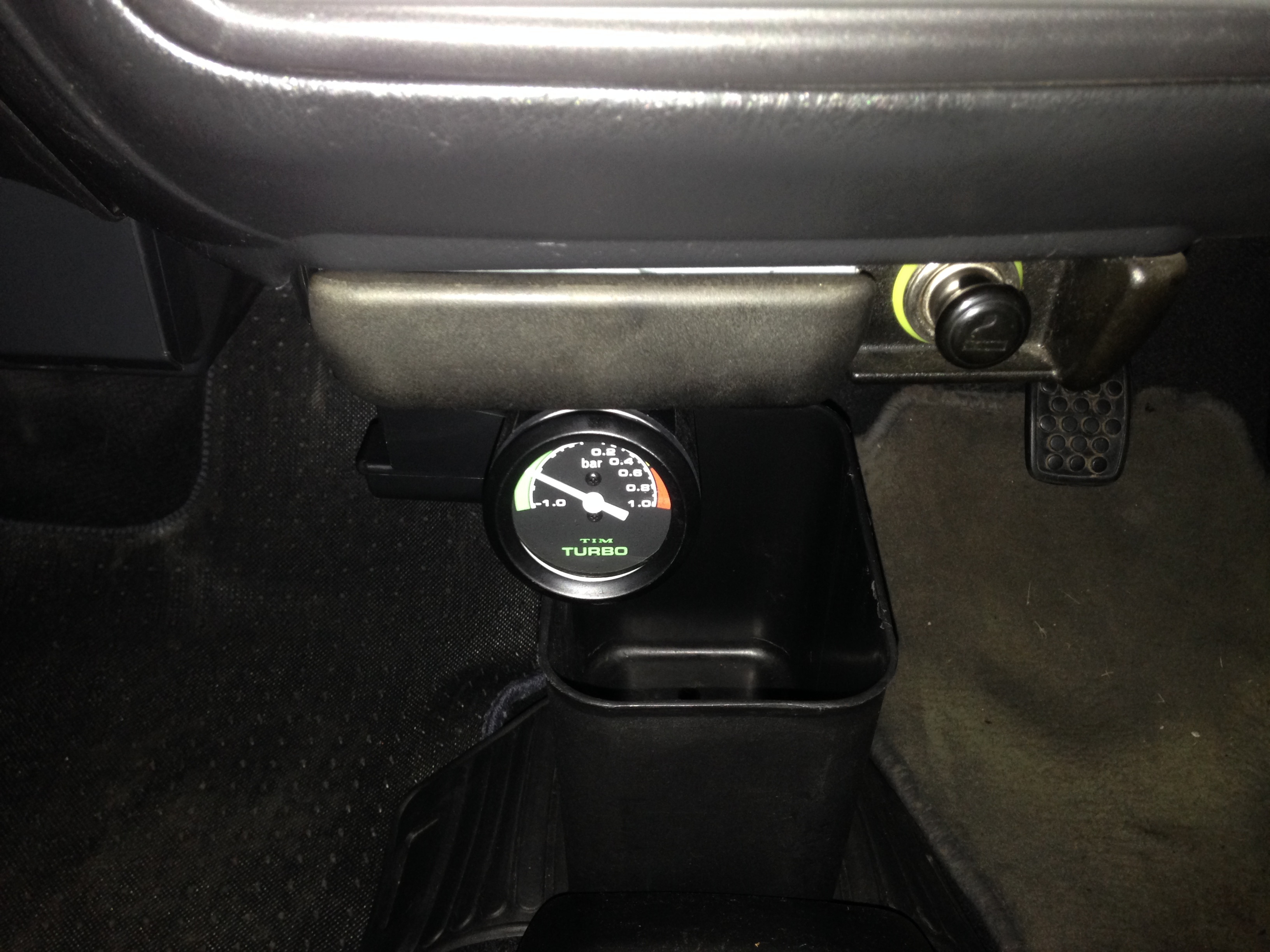 Just a general (edited) pic of the front. Need to sort out the bonnet lip rust and slight rust on the arches at some point soon. 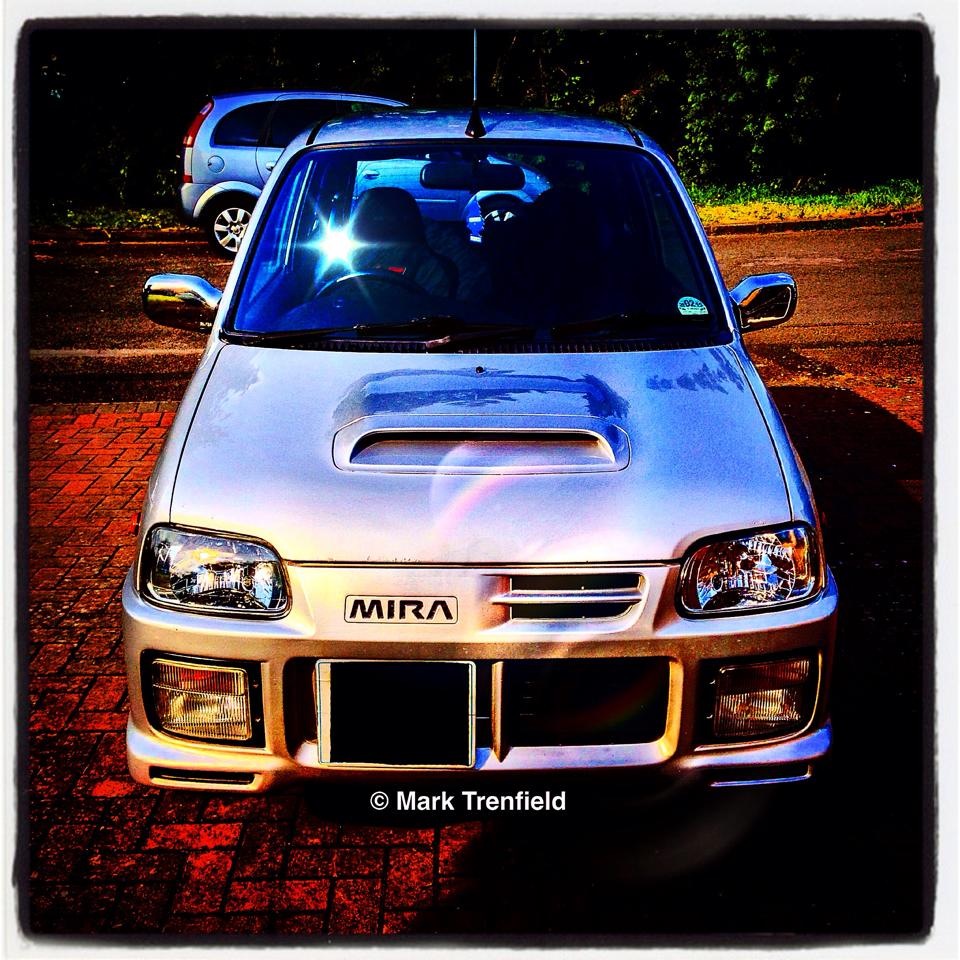 Another pic of her on the driveway. 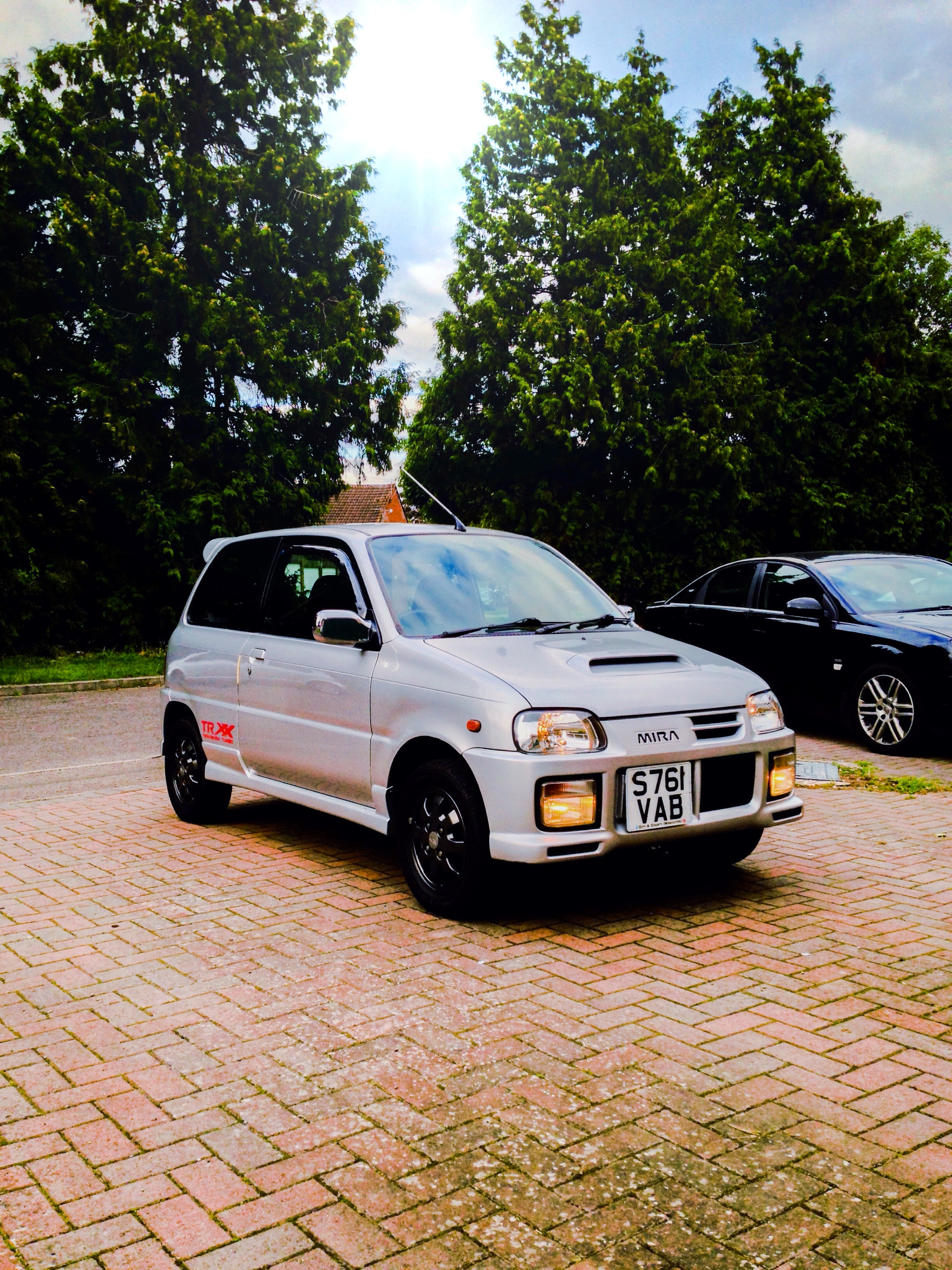 The recently acquired top mount intercooler from Dazran, from a Toyota Startet Turbo/Glanza V, with modified piping and brackets to fit the Daihatsu. 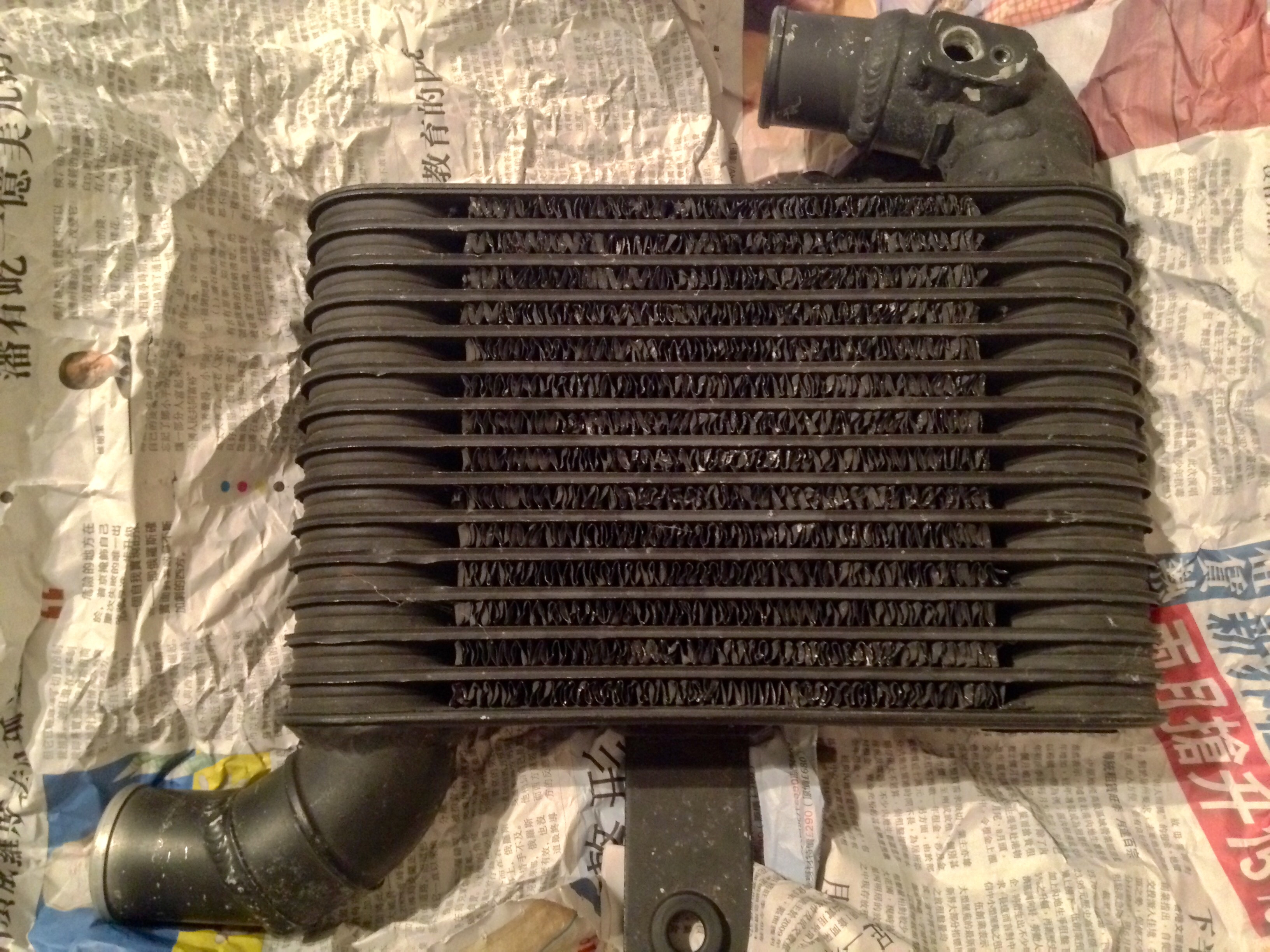 My new, incredibly cheap 300mm steering wheel and boss kit. The wheel is from a company called "Sik" and they seem to make knock-off OMP wheels and such. Fake leather, feels very cheap and smells weird, but it was only £30. Boss kit is Japanese and came from Thailand (bought through eBay) and came with the Daihatsu horn button. 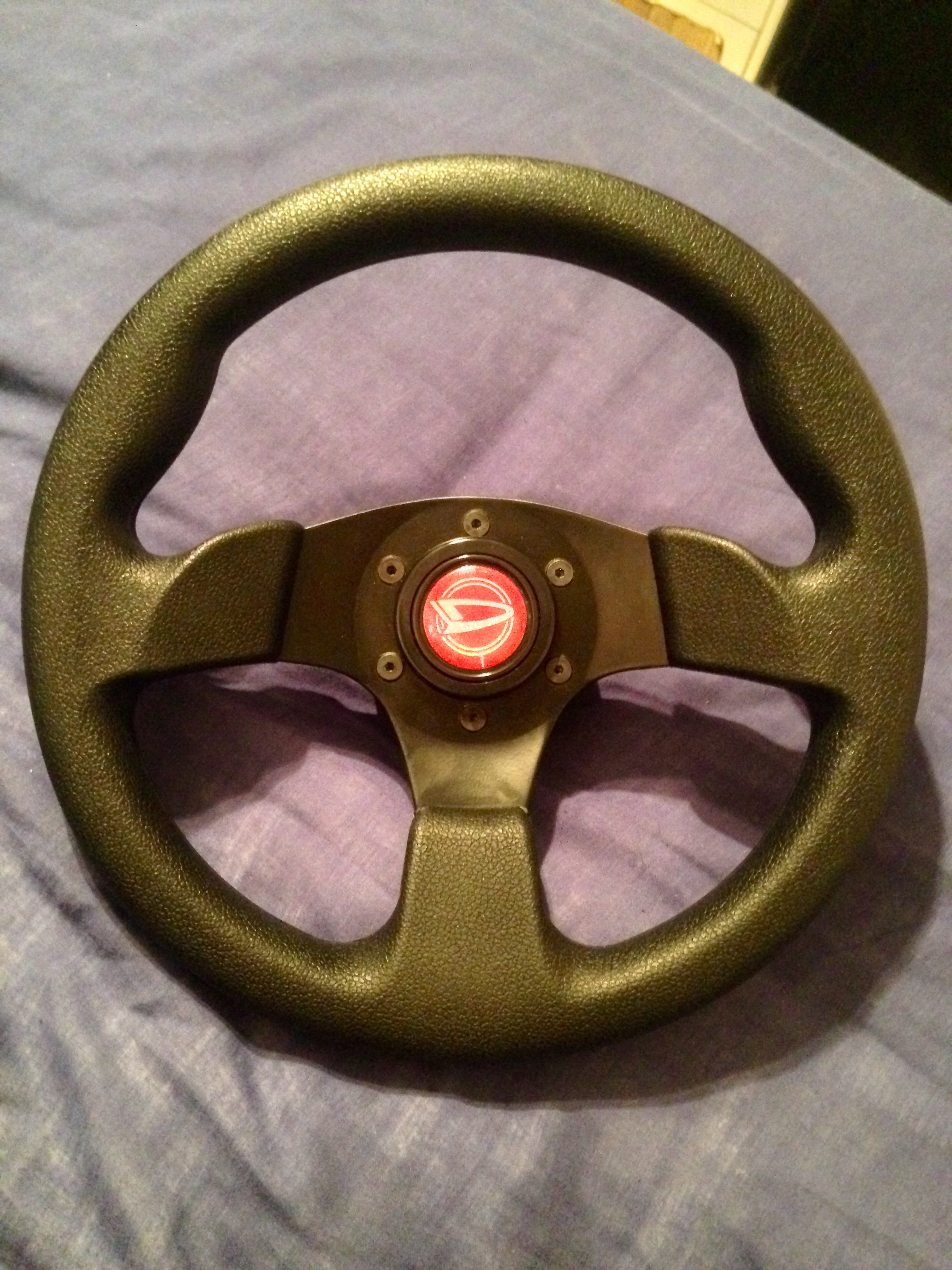 This is beginning to become an issue. Recently tested the engine fan and that works fine, so it appears that something may be wrong with the thermostat or something. Needs some further investigating! 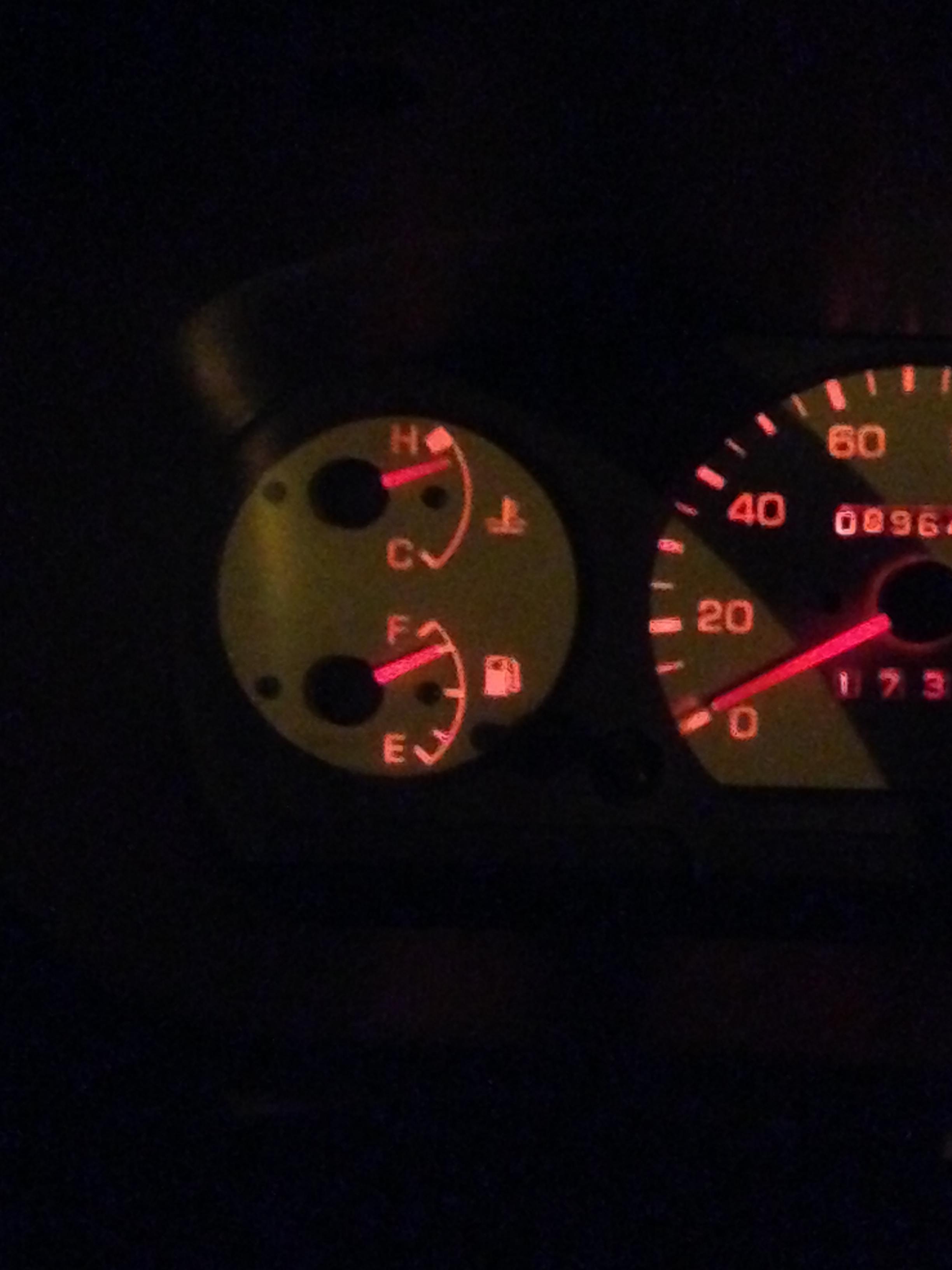 So I guess that's everything so far. Always looking to add more to the car. Watch this space!

Nice lil write up there dude

Where dya manage to get the discs and pads from in the end?

They came with the car actually. Must have been sat around for a very long time to develop the surface rust that can be seen in the picture. I believe they're the genuine Daihatsu discs that have been drilled and grooved at some point (judging by the cast Daihatsu logo on them). Pads are the standard Daihatsu ones as well. I was looking for just a cheap set of standard discs to use for a short while, whilst I was looking to get the callipers refurbished and then pair them with the swanky discs, but that never happened in the end. So I just whacked those ones on since the brakes were in pretty good condition overall, just a bit rusty.

Just a couple more images of the progress so far. Mainly doing more maintenance related things at the moment as opposed to modifying stuff.

Taking a look at the rear drums. Handbrake seemed to be a bit weak, so did a little investigating. 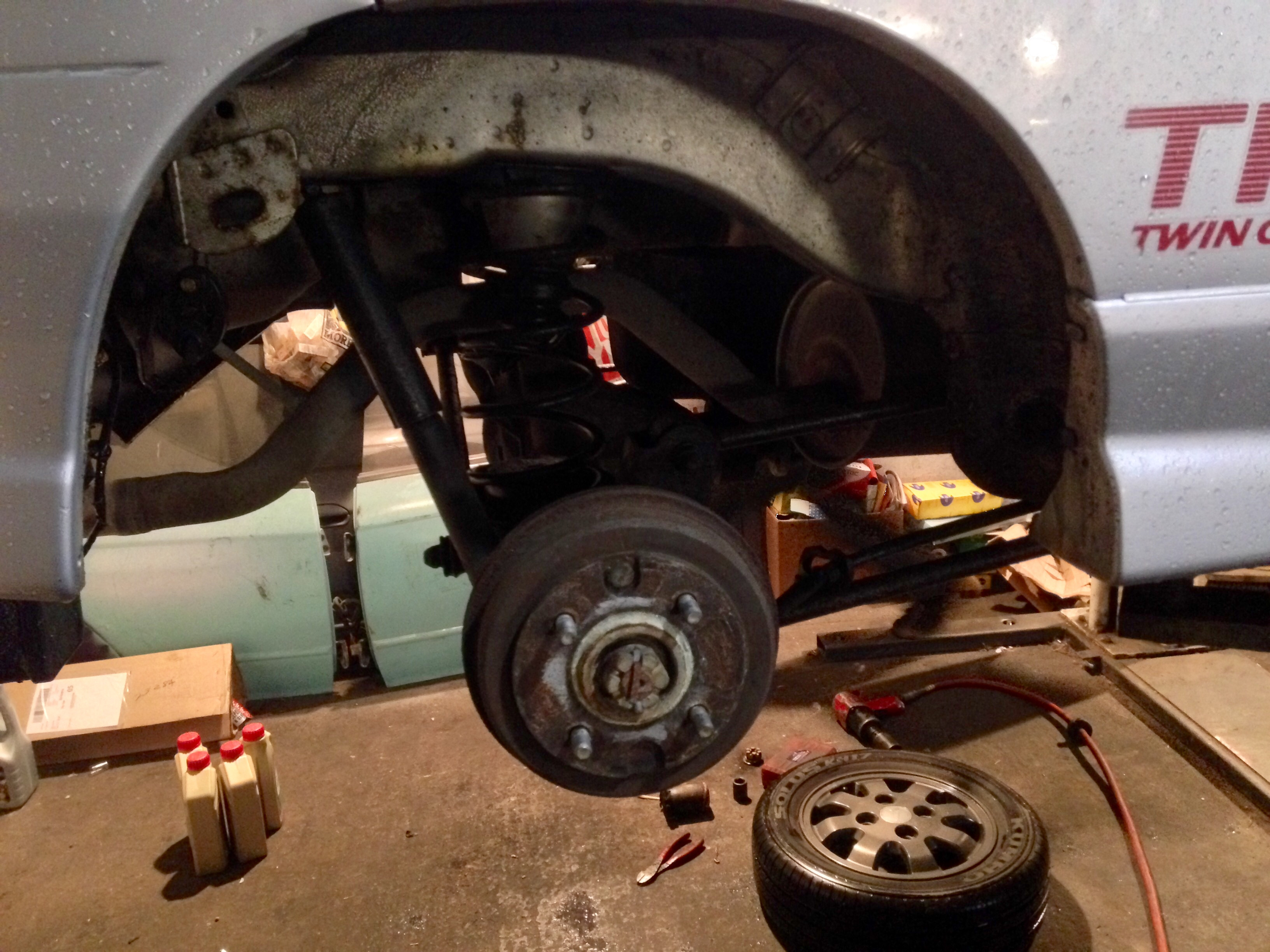 They seemed to be in very good condition overall. Bought new cylinders just in case they were needed, but they were perfectly fine. So we just popped some new shoes on and tightened the handbrake cable. 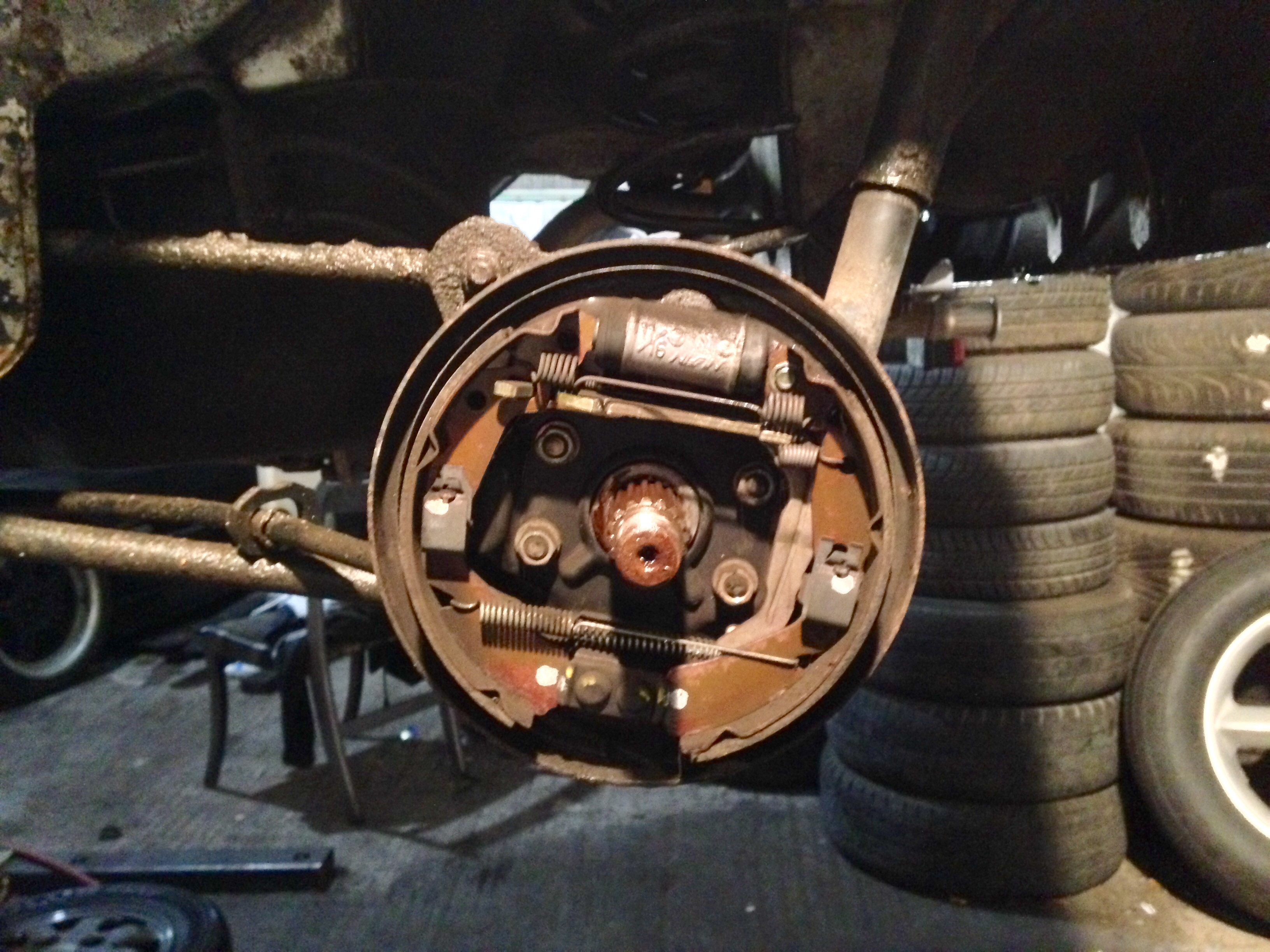 Gave the engine a much needed oil flush and change. 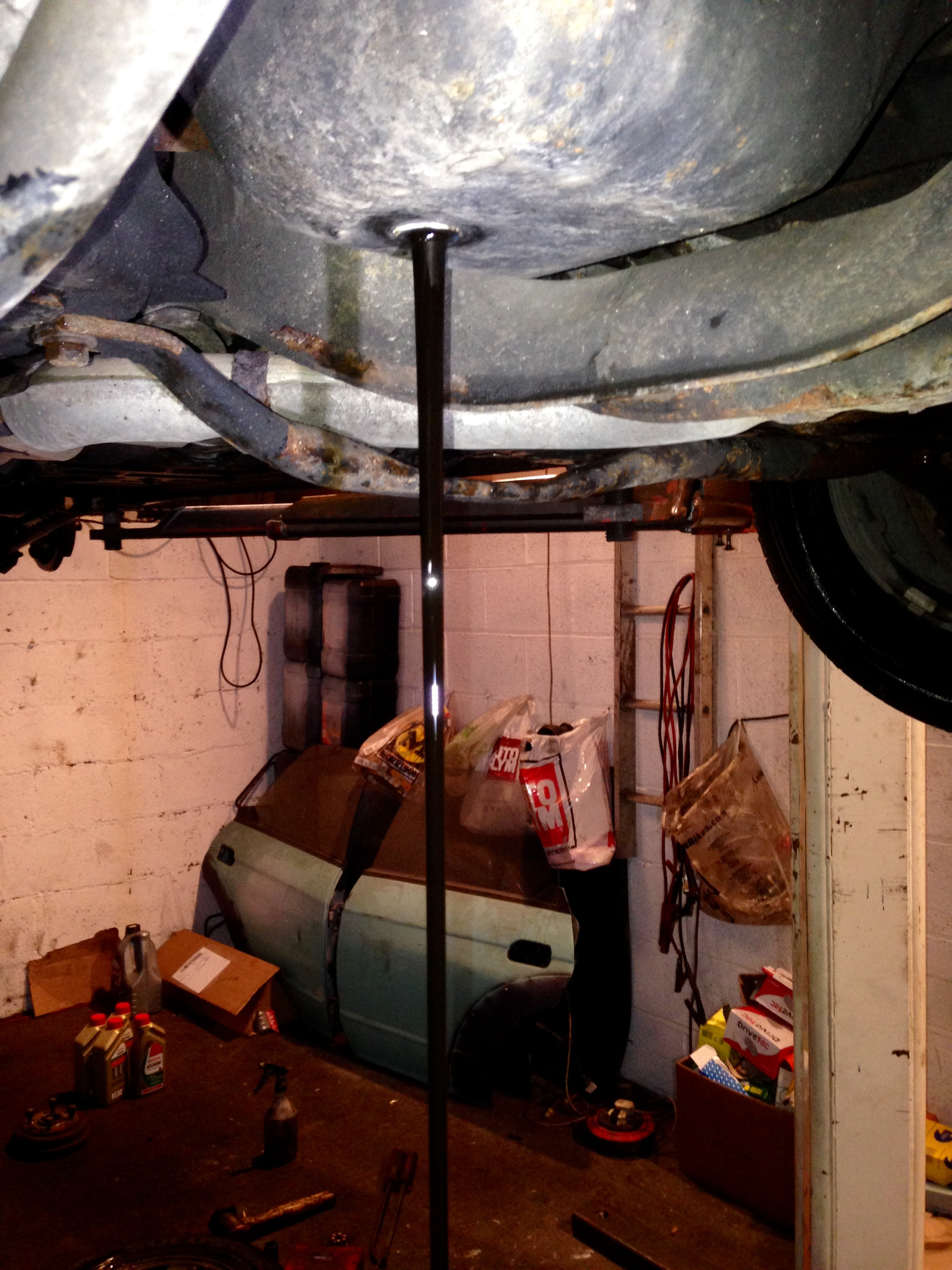 Noticed this interesting little hole in the bumper, meaning that the front end doesn't need to come off for a filter change. 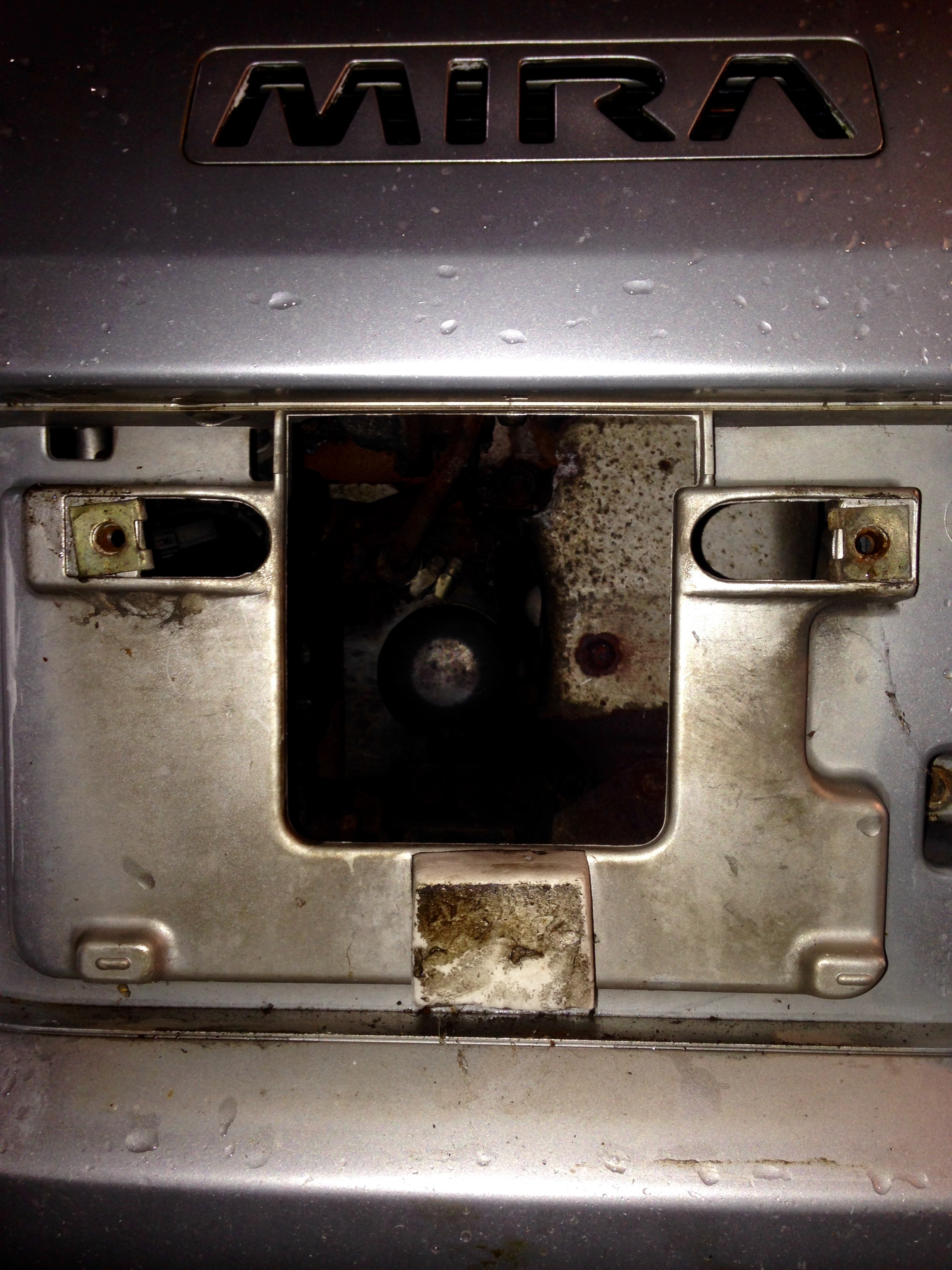 Still didn't leave us much room, though. 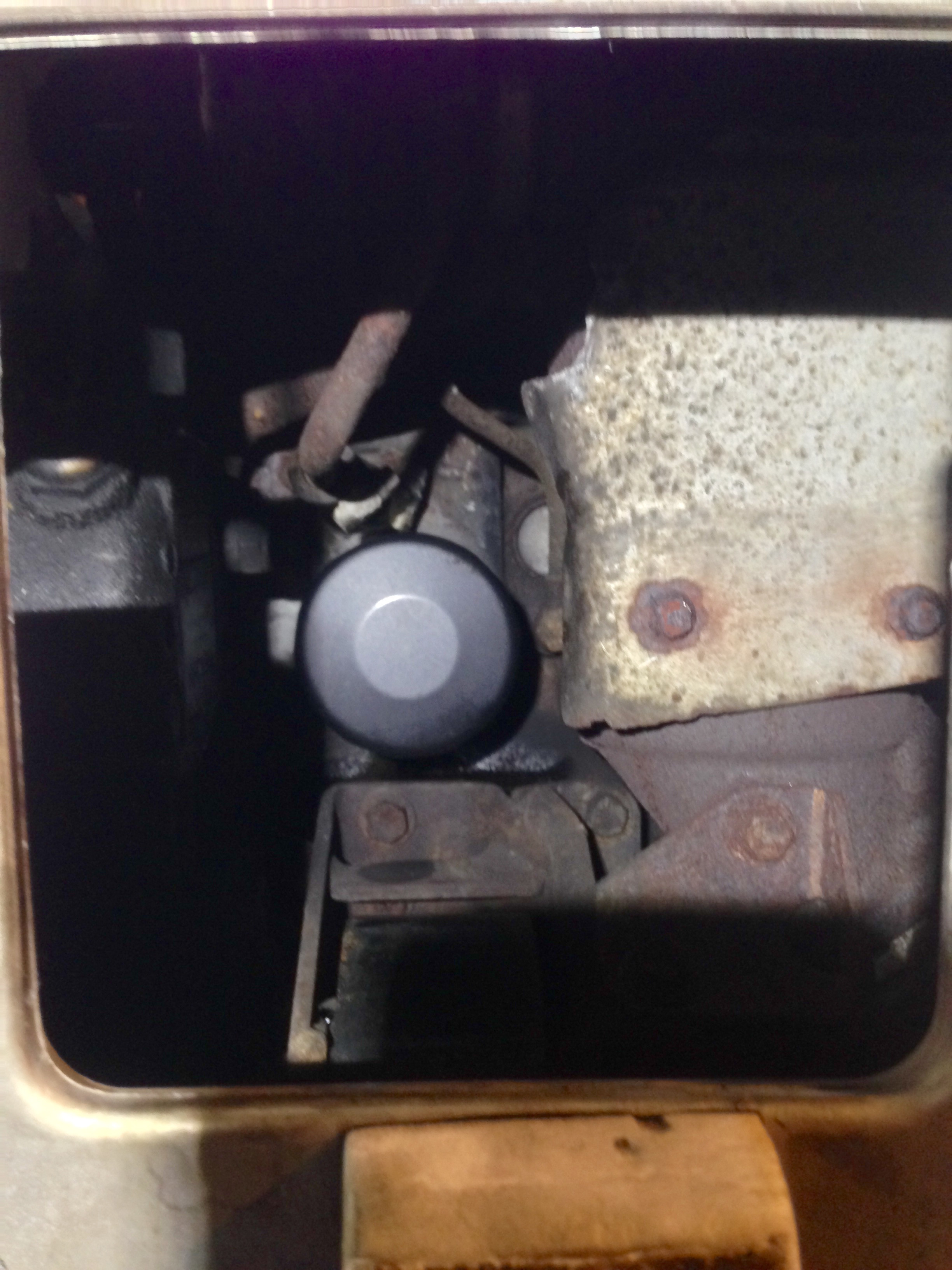 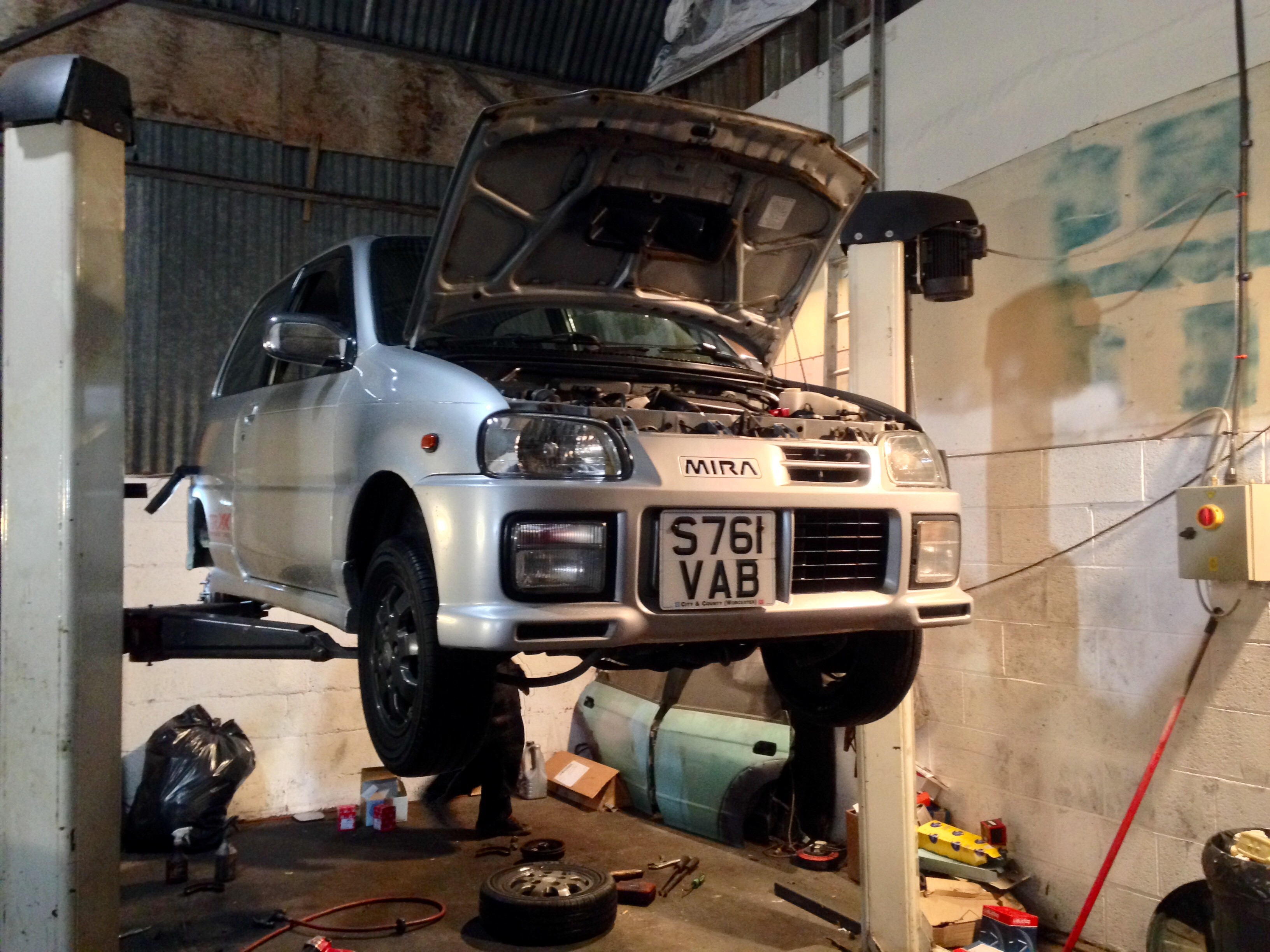 Hopefully looking to get this Waxoyled at some point soon. Luckily, it's generally in good condition. Just surface rust (aside from the fuel lines, which will need to be changed for the next MOT). 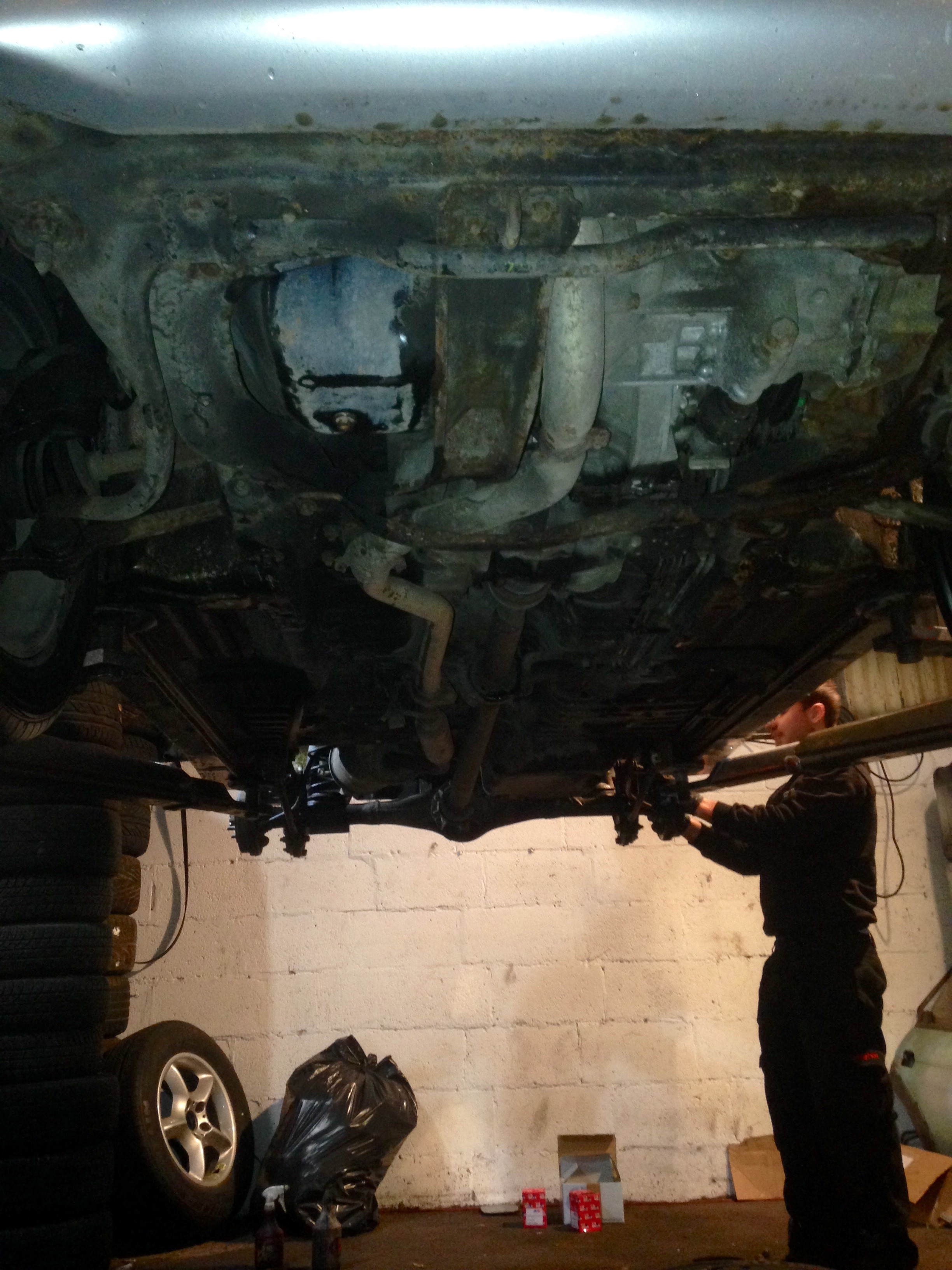 Also, a little update on the suspension. Ordered a set of HWL coilovers from Keicar4life but later decided to go for a set of Bestec shocks and springs instead of the HWL ones. Spoke to a guy from Kei Car 4 Life, who said that these are generally a bit better. 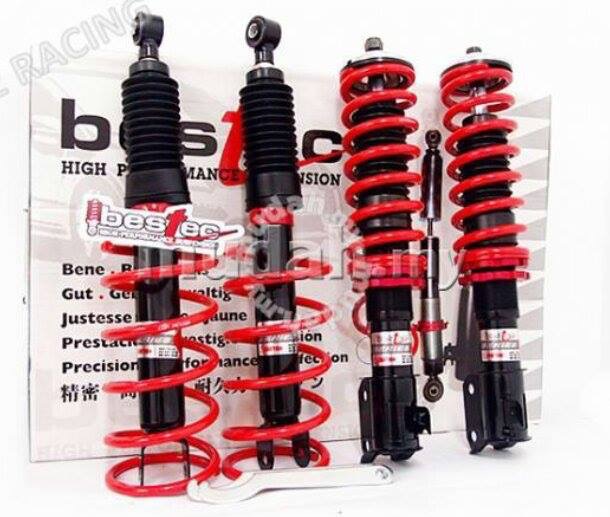 Hi Mark, did you order the Bestec shocks and springs through Kei Car 4 Life? Or did you find them for sale more locally?
I've just bought gt4uk's Mira Classic and looking to do some chassis mods to it to start with

Yeah they've been ordered from Kei Car 4 Life, still waiting for them to be shipped as we're currently discussing some other bits and bobs that I'm interested in. Originally ordered a set of HWL shocks and springs since they were the best around for the Mira, but was then persuaded to get the Bestec ones as apparently they're better than the HWL ones (coming from people that actually had them on their cars).

is the shipping price as bad as I'd expect it to be?

It's mainly why I'm looking into getting a few different bits at the same time.

Still waiting for my suspension to be shipped, mainly because I've put it on hold whilst the guy from Kei Car 4 Life gathers a couple of extra things to send along at the same time. 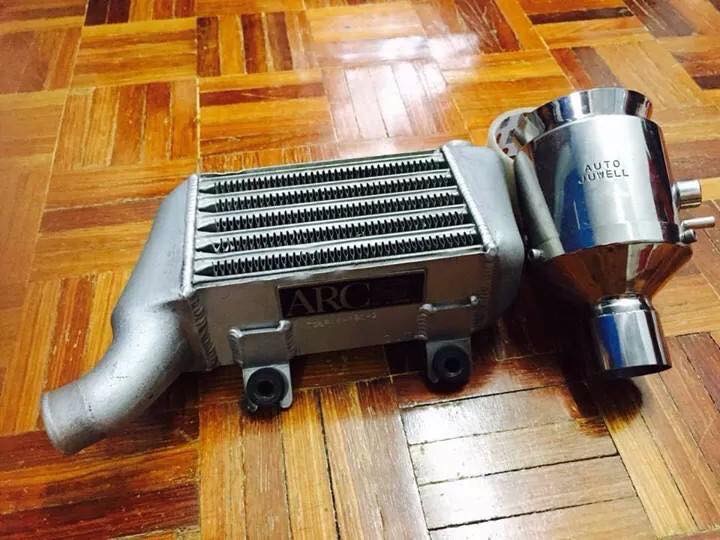 And this shiny inlet pipe. Because it's shiny. 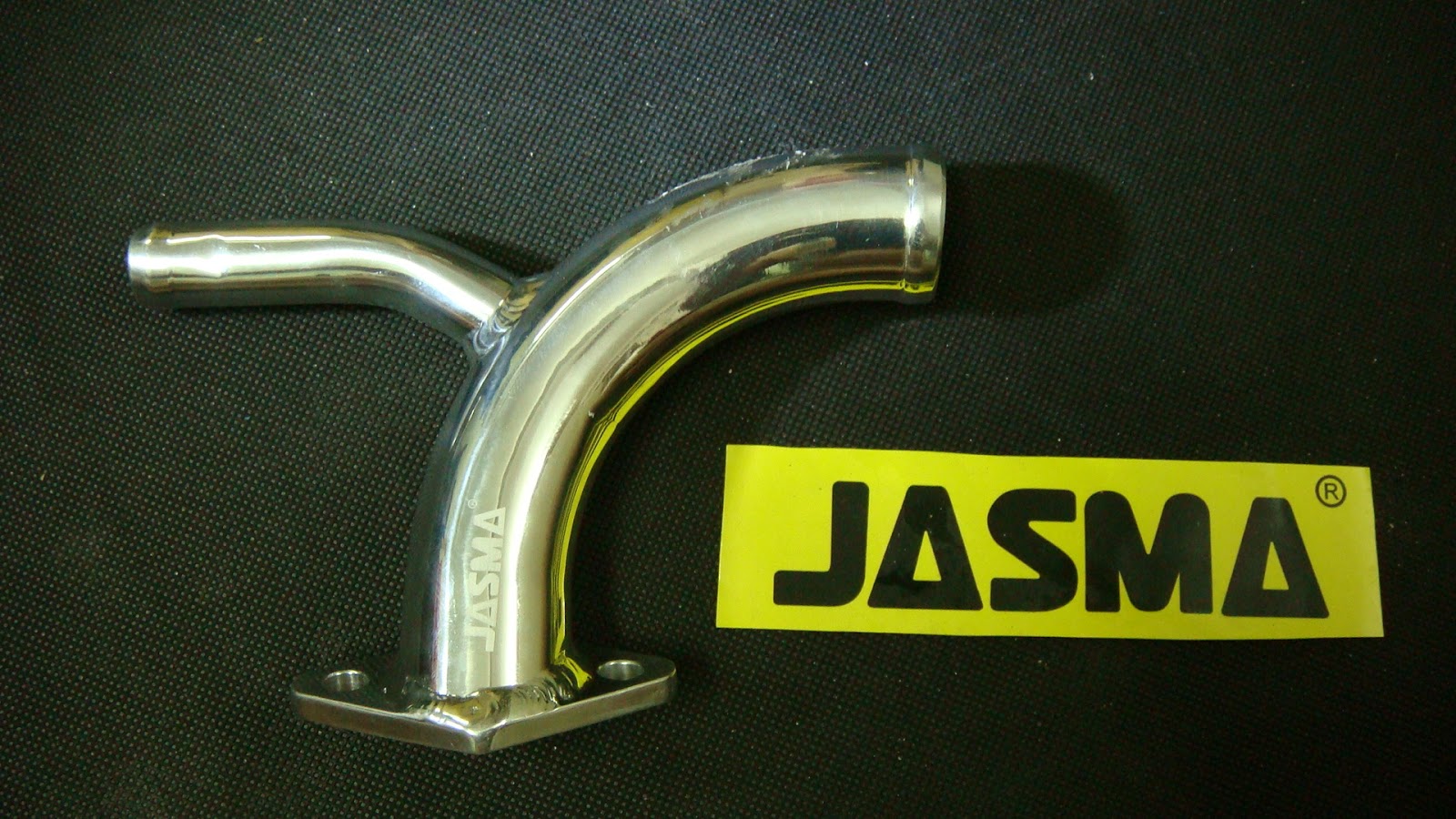